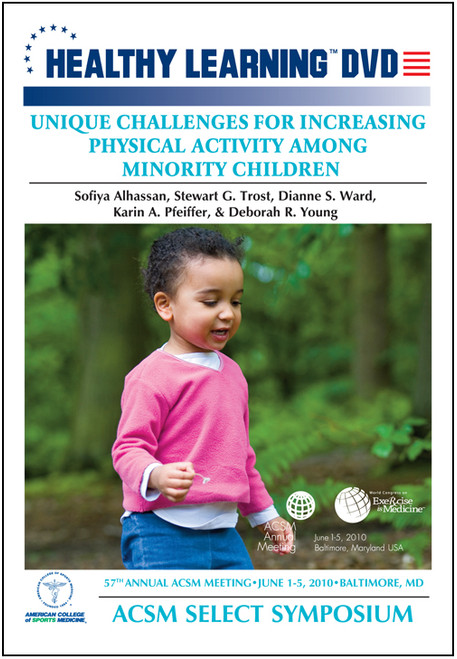 The (5) presentations from the Select Symposium at the 2010 ACSM annual meeting in Baltimore, Maryland that explored the inherent obstacles to a higher level of participation in physical activity by minority children and what steps can be undertaken to reverse this situation are offered on a single DVD disk. Featuring almost two hours of authoritative information and insights, including:

The Physical Activity Paradox: Overuse and Underuse Issues in Children