Farewell to an Angel: It All Began in Old New Orleans 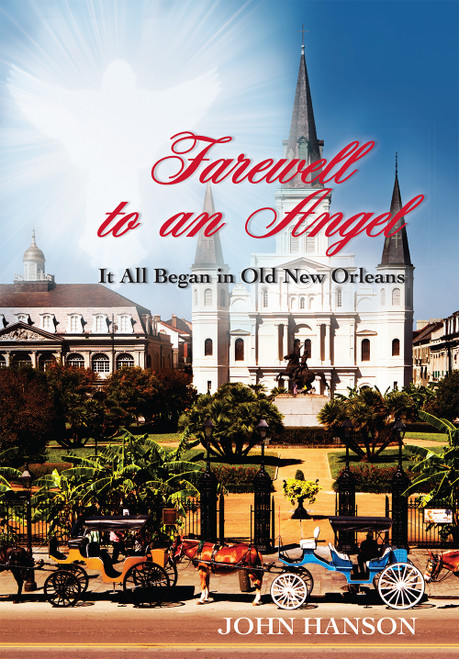 Farewell to an Angel: It All Began in Old New Orleans

John Hanson's memoirs are a thing of profound beauty, deeply authentic in an era hungry for authenticity, and putting its readers back in touch with our deepest roots and hunger for connection. This memoir provides the Angela's Ashes for the great and colorful New Orleans. This book is full of wonderful, unforgettable, vignettes furnishing a profound contribution to American letters. It is a joy to read and, also, contains a love story for the ages. Reading it touched, moved, and inspired me. Buy it and read it, to gladden and enrich your heart forever.
-Ralph Benko, internationally syndicated columnist
Farewell to an Angel gives the reader a personal view of the lives of a man and woman who were born, raised, worked, and found each other in the Crescent City. The man, John Hanson, was from the Carrollton neighborhood. The woman, Patty Callegan, was from the French Quarter. Their parents had only grammar school educations. They were poor, but not destitute. They always managed to shelter, clothe, and feed their families by dint of hard work. After starting on their memoirs, John had more time to work on his as Patty was simultaneously fighting cancer. Much of his memoirs are Patty's, however, since they were inseparable from their meeting in 1966 until Patty's death in 2014. A registered nurse and ever a patient advocate, Patty wrote only briefly of her life before nursing and marriage and only as an introduction to an exhaustive guide for cancer patients. These memoirs give the reader a unique view of 20th century America. The experiences of John and Patty are like no other. They give the ordinary person's perspective on three generations of cultural and scientific changes. Given their start in life, who could have predicted that George Halas would be John's chauffeur or Patty would serve as a private nurse to the Duke of Windsor and the King of Greece? Their paths crossed those of many â€œhall-of-fameâ€ level i
×

Getting Along With All Personalities

Postural Programming for the New Millennium

MSK Ultrasound of the Hip and Pelvis: Normal, Abnormal, and Interventions